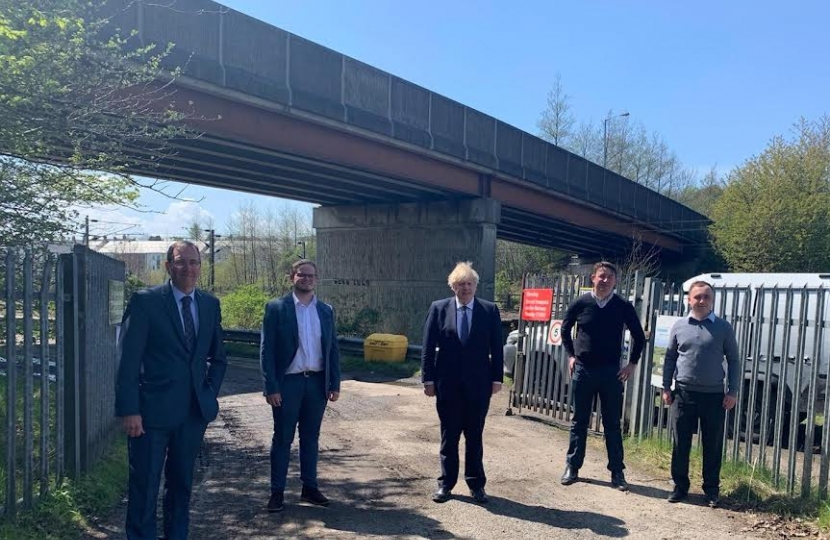 The Prime Minister has this morning visited a primary school in Ferryhill, County Durham. Boris Johnson met with staff and pupils at Cleves Cross Primary School in Ferryhill along with the local media during his trip. During his visit Mr Johnson spoke with pupils and teachers from the school and was joined by Paul Howell MP for Sedgefield who said:

“It was wonderful to see the Prime Minister here today and highly appropriate that we are talking about opportunity and aspiration as they are the very things that I addressed yesterday in response to Her Majesty’s gracious speech. Whether this opportunity is created for the children of Cleves Cross School or the wider adult population by infrastructure improvements like reinstating Ferryhill Station, it is a core measure of this government that we deliver opportunity for all.”

The Prime Minister later took a detour to Ferryhill Station where he and Paul Howell met with Joe Quinn, the new Conservative Durham County Councillor for Ferryhill.

Paul Howell MP said: “Joe Quinn is our first ever Conservative Councillor for Ferryhill and it’s great to see him meet the Prime Minister today. We all agreed that a station brings economic growth and all the good things that go with that as well as the ability to stimulate young people’s aspirations and ability to get a job. This line can connect to Teesside in a heartbeat and will allow the people of Ferryhill to link to the work of Tees Valley Mayor, Ben Houchen and his team who have created a huge number of business and job opportunities in Tees Valley.”

Joe said: “It was great to see that the Prime Minister enjoyed his visit to Cleves Cross Primary and Ferryhill Station today. He fully understands the importance of great education for all; the needs of our region and that re-opening this station is vital to Ferryhill for both work and leisure.”

Prime Minister Boris Johnson said: “It was great to meet the staff and pupils of Cleves Cross Primary School and to meet Joe Quinn, Durham County Council’s newly elected Conservative Councillor at Ferryhill Station. There is huge potential in Ferryhill. I am hugely impressed by everything I’ve seen today, the capacity in this area for meeting high standards of education and for economic growth.”

It was a pleasure to welcome the Minister for Exports to the constituency earlier this week.

We met shower manufacturer, Roman Ltd, to discuss their exports and how the Government can help them find new markets.